Apr 08, 2016 We are sorry to learn that losing your position with us has lead you to libeling and falsely slandering others. We understand why you have chosen to remain anonymous.
Advertisements 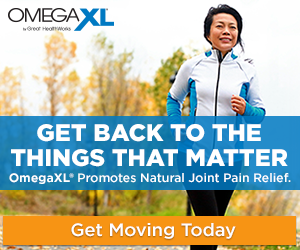 The last comment about CEO Meares and COO Dupree are spot on. David Boden, who until last week was GHW's CFO and Chief Legal Counsel, is now in prison doing a 5-year sentence for his involvement in Scott Rothstein's Ponzi scheme for bank/wire fraud. Meares and Dupree sought Boden out and kept him onboard because crooks need other crooks to keep their scams afloat.

Meares and Dupree, these "businessmen" (I use this term very loosely) hire, fire, hire others to re-fill, fire them too, and so on in order to keep a $5 million govt grant they received to double their headcount several yrs ago. What they don't divulge is the incredibly high attrition. They must repay this grant in March 2015 so they have recently cut headcount without cause and hire replacements in order to show a "net up" when in fact, all they do is churn good employees; releasing folks who do their jobs excellently and firewithout cause. this will all be exposed soon to that govt. entity.

Meares calls himself a "Christian" and Dupree is a "follower of Jehovah," just because they have bibles on their desk does not disguise their evil "business practices"

We implore all future /current employees, vendors, contractors, partners, etc., due your due diligence before you become involved with this wreck of an organization. S.Fla is known for fly-by night cos. but this one is at the top of the list. Though in business 10 years, they do it by devious methods and will soon be exposed for their horrible / ruthless business practices.

They rightfully lost the BBB accreditation last year but boast how they got it reinstated by paying the BBB off. Proof of this exists; just a matter of having it exposed shortly.

stay away from them. If you are hired; it won't last a year. More than 100 competent, hardworking employees were fired without cause in the last 6 months. proceeed w/ caution.

Reason of review: Not as described/ advertised.

Preferred solution: Put on PIssed Consumer Website to let others know what they are getting into if they work with/for co. .

Helpful 6 Not helpful 1
Do You Have Something To Say ?
Write a review

Wow Everything mentioned about Great Health Works is very true, my cousin was let go in August 2014 and was a dedicated worker. New management came to the company and made the customer service floor a total mess!

The CEO and COO Ken Mears and Miles Dupree are complete Idiots, the way they watch their most loyal Team Leaders and CCP's get mistreated and treated like ***( And they so call the company family) by the Director they hired Lori McCloud while Lori protect her assistant she hired Tara Vaughan from criminal scandal.

That company is a Joke and it's going down in the ground now that there *** artist CFO David Boden is behind bars. Miles Dupree and is wife buys hi profile vehicles with company the money

There's so many untold stories by ex employees that's about to go public and viral .........Stay Tuned