77 Company responses
6 Customer testimonials
Call customer care
Write a review
Great HealthWorks is dedicated to distributing quality health and wellness products and innovative services directly to consumers. Founded in 2003, we continue to focus on providing products that improve customers’ lives†; over the past decade, our company has evolved into a vertically integrated direct-to-consumer powerhouse offering contract services and unique products with an "all under one roof" approach. We are a universal launching pad for new products in the Direct Response World. Our flagship products consistently rank in the top 5 IMS rated shows allowing us to take a product from inception to delivery through Distribution, Call Center Staffing, Production, Virtual Training and Media Buying services. Great HealthWorks is headquartered in Fort Lauderdale, Florida. Our promise is in our name because Great Health Works!
†This statement has not been evaluated by the Food & Drug Administration. Great HealthWorks’ products are not intended to diagnose, treat, cure or prevent any disease.
Show

I have been using Omegaxl 2 years now and it does everything for me. It stopped my Gout arthritus attacks, off high blood pressure and cholesteral meds. This really works. They treat me like a King over there. Not sure where you all went wrong. They are an American Company right in Florida and after 10 years still rate an A+ with the BBB. They have done exstensive research and clinical studies and contain 30 free fatty acid Omega threes. You cant find anything like it anywhere in the world. They even aqua farm the green lipped muscle to preserve the species sustainability.
View full review
0 6
Review
#546441 Review #546441 is a subjective opinion of poster.
Pros
Reason of review
Good quality 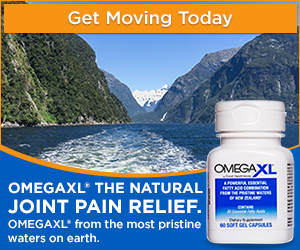 We would very much like to help, but we are unable to do so because you have chosen to remain anonymous. We recommend contacting the service professionals in our Customer Advocacy Group at 1-800-607-0419 or via email at cagsupport@greathealthworks.com.
author's review
Review
#401555 Review #401555 is a subjective opinion of poster.
Loss
$50
Tags
Apr 18, 2013 Kambri

I was a customer for many years of this company. I moved in January, 2013.

I called and asked the company to suspend my shipments until I was ready to supply them with a new address to resume the shipments. I checked my bank statement in April, 2013 and found a charge to this company. I called them to ask where the shipment was and they told me that they sent it to my old address. They told me that I authorized them to send it out in April which makes no sense.

They told me that they had me recorded giving them authorization. When I asked to hear this recording they told me that I would need to get a court order. One customer service rep hung up on me the other said the same thing and she said we have an A+ rating with the Better Business Bureau. They said that my money could not be refunded but they could send another product to my new address.

This is not satisfactory. When I asked for a supervisor I was told that one was not available and one would call me back at their convenience. Common Sense: If I moved, call me to secure my new address. This company is a rip-off and a scam.

They will do anything to get your money and will attempt to make you feel *** for asking for a refund. Please stop dealing with these scam artist.

Thank You for Your Submission